How We Can Heal in These Changing Times

HomeHealth and HealingHow We Can Heal in These Changing Times

How We Can Heal in These Changing Times

by Bonnie McLean O.M.D., A.P.
Author of Integrative Medicine: The Return of the Soul to Healthcare 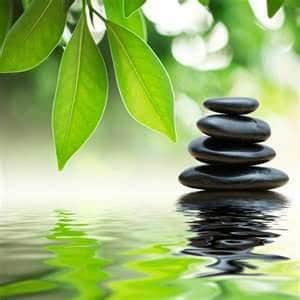 There is no doubt that we are in some intensely changing times, and with these changes come some major challenges. Many like me are deeply concerned about climate change and the widespread denial that appears to be led by the corporate world and many politicians. Industry seems to have become big business, including health care. Senseless violence, such as random shootings in schools and public places, has become commonplace. The use of anti-depressants and anti-anxiety medications is sky high. We are facing an opioid epidemic and symptoms of PTSD are now commonplace, not only with our military, but in other ways as well. Many of my patients are coming into my healing practice with major stress, anxiety, and depression over what is happening in our world, including on the political arena. I am calling this political PTSD. I have to admit that I am experiencing the same things myself.

In the late 1980’s I read a book titled When Society Becomes an Addict by Anne Wilson Schaef (1987). This book had a profound effect on me then and continues to do so. At the time she was talking about the U.S. culture under President Reagan. Here is a synopsis:

A society and the individuals within the society act as a hologram, ie. they reflect one another. The characteristics of an addict include self-centeredness and grandiosity, the illusion of control, dishonesty, denial, perfection (Nothing is ever good enough), lack of responsibility (Everyone else is to blame), forgetfulness, eg. promises, loss of contact within and without, and confusion ( No one is more controllable than a confused person.) An addict is apathetic and numb. One lives from crisis to crisis, because this creates a feeling of aliveness. Eventually there is a sense of being morally and spiritually bankrupt, living with the seven deadly sins mentioned in the Bible: pride, coveting, lust, anger, gluttony, envy, and sloth.

As I re-read the book, I feel like she could be talking about America today. Sometimes I look around and think, “What has happened to the country I grew up in….the country that I believed was respected….that wanted world peace… that tried to do good in the world… that championed the underdog? What has happened to us?!” However, I find hope in Ms. Schaef’s belief that like an alcoholic, society is not bad trying to become good. It is sick trying to get well. To heal we must be willing to confront reality and name the disease. We must be willing to go through a recovery process. Like an addict, society may need to hit bottom to break denial that there is a problem.

So I am naming the disease I believe we have. I am recognizing that we are addicted, not only to substances, but also to behaviors. Not to mention the medications so many of us are on or the alcohol we drink or the cigarettes or pot we smoke, we over-eat, love our sugar and fast foods, and guzzle coffee, colas and Red Bull. As far as behaviors go, I would consider eating disorders like anorexia and bulimia in this category. I would also consider obsessive exercise and being a workaholic behavior addictions. How about addiction to money? How much is enough? Gambling is not just at the casino. How about obsessively playing the stock market? How about shopping? How about computers, tablets, and cellphones? We may have heard about sex addiction. How about being addicted to falling in love? How about addiction to drama?

I recently read an article in Mother Jones Magazine called “Addicted to Hate.” It is about a group called Life After Hate that is helping Neo-Nazi’s who want to start a new life. According to the article, the thing that is the most effective for recovery is providing the very thing that is not part of the Skin Head culture, ie. empathy. The men are also encouraged to get to know an individual who belongs to one of the groups they had depersonalized. Belonging to their new group also gives a feeling of community.

This program is based on the Twelve Step Program for addictions, because research showed that the brains of these men were producing the same chemicals, such as dopamine, as the brains of addicts. As we learn more about the brain, we are learning more about how addiction works. Addictions to substances develop because the use of things like nicotine and alcohol mimics the brain chemicals that give us a sense of balance and well-being. With behaviors we are actually stimulating our own brain chemicals. Over time we become dependent on both ways of affecting our brains and feel we cannot do without things that come from outside ourselves. Recovery from addictions requires that one learns how to stimulate and balance their own brain chemistry with ways that are not harmful and self-destructive. As a healer, I would agree with the approach being used in the Life After Hate approach of using love, community, the discovery of one’s purpose in life, and the Twelve Step Program.

Now let us talk a bit about PTSD. PTSD (post -traumatic stress disorder) is defined as a strong emotional reaction to a traumatic experience which has the potential to interfere with a person’s ability to function. This syndrome, which has been called “shell shock,” “battle fatigue,” and “soldier’s heart” was given an official psychiatric DSM diagnosis in 1980. It was originally coined to describe soldiers reacting to war. Now victims of abuse, crime, accidents, natural disasters, and other major traumatic events may be diagnosed with PTSD.

Symptoms of PTSD can be on all levels:

Since the 1980’s a number of approaches other than medication have been developed to treat both addictions and PTSD. The 12 Step program, individual and group psychotherapy, hypnosis, and imagery have been around for a long time. Because of its effect on the neurotransmitters of the brain, acupuncture is now being used in civilian and military programs treating both addictions and trauma. In recent years there has been more interest in the wiring of the brain and belief that the brain can be re-wired from imbalance back to health. Biofeedback and neurofeedback, energy psychology, such as EFT (Emotional Freedom Technique), and EMDR ( Eye Movement Desensitization and Reprogramming) are being used all over the U.S. There are also somatic approaches, such as TRE (Trauma Release Exercises) developed by David Berceli that re-wire the brain through physical movement.

The ancient practice of shamanic healing is one less well-known approach that some practitioners are using to address addictions and PTSD.

Shamanism is believed to be over 30,000 years old. Much of our modern psychology, especially imagery and work with the altered state, stemmed from early shamanic practices. It is based on working with the heart and in an environment of community support. The methods that can be used to work with PTSD and addictions are called extraction, soul retrieval, and power animal retrieval. They work with the altered state which helps access the unconscious mind where trauma and addictions are thought to be housed. The shamanic practitioner accesses the altered state through repetitive drumming, rattling, dancing, and singing.

Extraction work is done to remove energies that the body may be affected by. These may be memories, beliefs, thought forms, habits, substances, etc.

Soul retrieval is based on the belief that when a person is traumatized, they temporarily leave the body as a survival mechanism. This is called dissociation in psychology. When the traumatic event is over, the person returns to the body. If the event is extremely traumatic or ongoing, such as in repetitive child abuse, sometimes not all of the pieces of the “soul” return. The shamanic practitioner facilitates their return.

The belief in shamanism is that we all have power animals who are available to assist us in our lives. If a person feels helpless or dis-empowered , they may need help from the shamanic practitioner to reconnect them with their power animals.

My favorite resource is Soul Retrieval by Sandra Ingerman. She and Alberto Villoldo provide some excellent resources on this subject.

One thing that my indigenous healers and teachers throughout my travels have instilled in me has been hope and faith for our future. They have all talked about the changing of the ages and have said we are moving from an age of darkness into an age of light. In South America they call it the new Pachacuti. There will be a marriage of the masculine and the feminine ways of doing things, of the head and the heart. With change there is often turmoil. But they believe we will be able to get through it.