HomeArticlesMedicinal Plants of the Rain Forest

Plant Medicine brings forth a special interest in this modern cultural emergence of alternative healing sources. Mark Plotkin and others have stimulated especially a resurgence in interest of the plants of the rainforest, especially those of the Amazon. These plants are considered particularly powerful because, living in an area that is warm and wet all year around, plants must be equipped to fight natural plant enemies, such as bacteria and fungi. They do not have the benefit of the seasons with cold and frost that hold such organisms at bay. Therefore, they have natural insecticides and other poisons that also make them very powerful healing plants.

About three years ago I went on a trip to the Shuar community of Miazal. The trip was sponsored by Dream Change Coalition and led by Mary Tendall. This trip coincided with the March Chonta Ceremony. This is a traditional ceremony of abundance which occurs when the fruit of the Chonta Palm ripens and is harvested. Each participant on this trip had the opportunity to individually live with Shuar family for the twenty four hours before the ceremony which we were also allowed to be part of. We each helped gather the Chonta fruit used to make the ceremonial chichi. ( Chicha is normally made from the Manioc Root.)

I was a guest of the family of Santiago Antush. Santiago was the son of a Shuar shaman and had learned about plant medicine from his father. I asked him to take me into the jungle to teach me some of the local plants. We spent several hours in the rainforest with Santiago in the lead cutting his way through the thick growth with his machete. I stumbled behind in my rubber boots wary of the poisonous snakes I had read about. After awhile I relaxed and felt safe and confident with my guide. Somehow between Santiago’s Shuar and Spanish, my English, and sign language, we managed to communicate remarkably well. We drank Una de Gato ( Cat’s Claw) directly from a freshly cut vine and put Sangre de Drago ( Dragon’s Blood) on my insect bites. ( The insects didn’t seem to bite him. ) I left bitten by another bug…..the intrigue of the magic of the rainforest and the intense desire to do something to help preserve this ancient knowledge. I shared this with Santiago, and we discussed partnering to document the plants so the knowledge would not be lost. When I returned to the compound, I told Mary what had happened. She said that she too had been wanting to create a booklet of the local plants for the people who came to Miazal. The project was born. We decided to put together two books, one in English for tourist use and one in Spanish for the Shuar. We made an agreement that the proceeds of the books would be returned to the Shuar community.

The following summer Mary and I returned to Miazal. I rented a small hut next to Santiago’s longhouse where he and his wife and 8 children resided. ( Santiago was 31 then ). The agreement was that he would teach the about the plants in exchange for me teaching him English. He took Mary and me on many plant walks as he introduced us to the plants and told us about their preparation and traditional. We had a book of plants of the Amazon rainforest that gave the English, Spanish, and Latin names, and we did our best to correlate them with the Shuar names we were learning.

Some of the maladies easily treated by plants ( and thoroughly documented ) are parasites, headache, snake bite, cancer, skin rashes, menstrual and childbirth problems, stomach and intestinal problems, depression, arthritis, muscle ache, and toothache. While modern medicine indeed has its place in helping the Shuar, a dependence has unfortunately occurred resulting in a lack of ancient knowledge regarding the plants at hand. As an example, many of the children have parasites and their parents report that they are unable to afford the twice yearly inoculation to prevent them. Parasites can easily be prevented by drinking a plant solution daily.

Following our time with Santiago, we researched the medicinal plants at the University of Quito as well as from many purchased books. We wanted to make sure we could cross reference the information.

Since that time, Mary and I have continued our work with Santiago individually in the jungle, and we continue to work together to make this book a reality. I am organizing the written information while Mary is doing the illustrations. Whatever donations I am given for the talks I give locally I am using for projects for the Shuar, including this book. Money also goes to the medical missionary work I do with Dr. Mike Lewin ( A Canadian physician) and his wife, Joslyn. They are also working to create a bridge between the modern medicine now desired by the Shuar and their traditional plant medicine. We have also received some donations from several generous collegues, and our book project is nearing completion. Mary has drawn the illustrations. I have one more trip to make to have Santiago ok what has been done so far and to provide any additional information. It remains our intention that all profits from the English and Spanish translations of the book go back to the Shuar community of Miazal.

It is our goal that the wisdom of the Shuar ancestors be preserved. We feel extremely fortunate to be able to help them and at the same time are enjoying our own journeys with the plants. 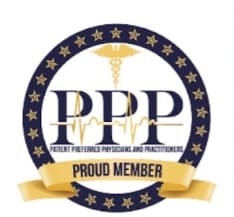 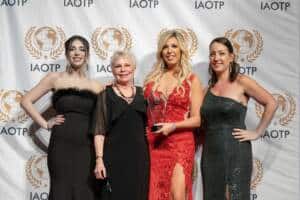